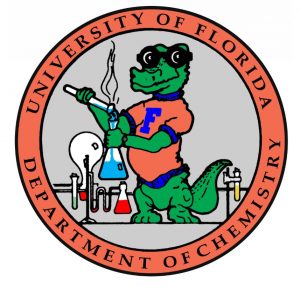 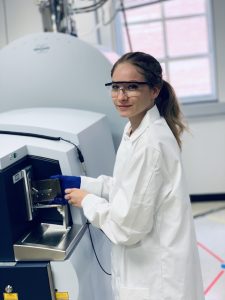 Orélia joined the Prentice Group in 2019 as a summer REU student. She received her Bachelor’s Degree in Molecular Chemistry from Paul Sabatier University in Toulouse, France in 2017. Her undergraduate work included an internship at the French National Centre for Scientific Research (CNRS) and the French Alternative Energies and Atomic Energy Commission (CEA) at Grenoble where she worked with Dr. Zebda Abdelkader and Dr. Marc Zelsmann on the development of a nano-bio-generator implantable in the human body. Orélia is pursuing her Master’s Degree in Analytical Chemistry and Instrumentation at Paul Sabatier University. 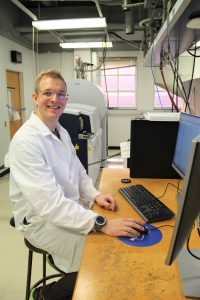 Matthias received his M.S. degree from UF in 2019. During his time in the Prentice Group, he focused on the structural elucidation of phospholipids using electron induced dissociation (EID). Following graduation, Matthias returned to the Air Force and is stationed at Patrick Air Force Base. Prior to UF, he received his B.S. in Chemistry from the University of Colorado, Colorado Springs (UCCS) in 2013. He served as a Rocket Propellant Chemist in the Air Force Research Lab at Edwards AFB (CA) from 2013-2015 before serving as a Science Instructor at the USAFA Preparatory School in Colorado from 2015-2018.